Epic Games, the team behind Fortnite, has turned its feud with Apple into an in-game event, called the #FreeFortnite Cup.

Epic Games explains the event in their blog post, detailing an in-game tournament that is meant to “celebrate the quest for one more Victory Royale with friends across all platforms.” It is serving as a chance for iOS players to play the game before the release of the update that will being Chapter 2: Season 4, an update that Apple will not support. However, it’s also serving to remind players of the ongoing feud Epic Games is having with Apple over Fortnite.

This feud is a result of Epic Games lowered the price of V-Bucks across all platforms , including a new “direct payment option” on mobile versions of the game. This was done to call out the companies like Apple for the sheer amount of money they are getting from purchases with these games. Apple promptly removed Fortnite from their store, which Epic seemed prepared for as they quickly filed the lawsuit after. Now, we have the #FreeFortnite Cup.

These are the final days of the entire Fortnite community ability’s to play together.Apple has blocked Fortnite from the App Store, preventing players from updating to new versions. Players on iOS devices will be left behind on Chapter 2 – Season 3 while everyone jumps into the Chapter 2 – Season 4 launch on August 27.”

A Tournament with Prizes

The cup is set to begin on August 23rd, and will include the chance to win the tart Tycoon outfit, one of 1,200 pieces of hardware, and the real-life #FreeFortnite hat, which you can see below. The hat is anything but subtle as it sports an apple and a rainbow logo that is reminiscent of Apple’s old logo. 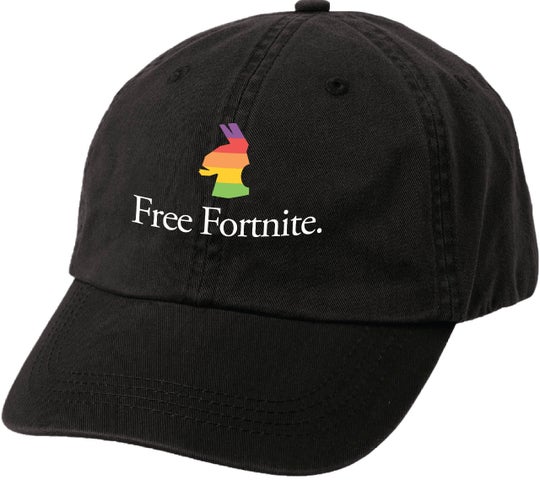 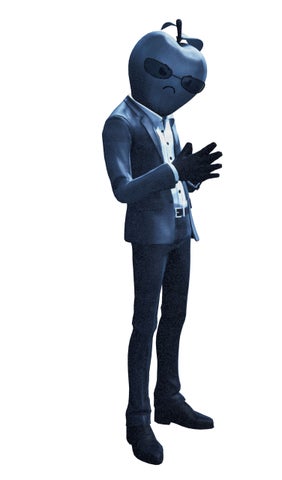 When the Cup starts, players can navigate to the “Compete” tab and then drop into the tournament by selecting the “#FreeFortnite Cup” playlist. It will last for four hours and give players the chance to earn things like a PS4 Pro, Alienware gaming laptop, and more. You will need to play 12 solo matches in order to qualify for the tournament.

There will be three different ways for players to earn points: players will earn a point for every three minutes played in the tournament, one point for every elimination, and 10 points for every Victory Royale. For the Tart Tycoon outift, players will need only 10 points and the hat will go to 20,000 of the top-scoring players across all regions.

The 1,200 pieces of hardware will go to the top 1,200 “apple-eaters”. There are no details on what exactly an “apple-easter” is, but it is obvious that Epic is not holding back with any issues they have with Apple.

“Additionally, we’re giving away 1,200 pieces of gaming hardware (phones, consoles, and PCs). Just because you can’t play on iOS doesn’t mean there aren’t other awesome places to play Fortnite.”

Epic is also taking on Google in a legal battle over the same issue they had with Apple. While amusing, we can’t help but shake our head at three of the biggest companies going at it as if any of them are truly hurting.

For all your weaponizes fanbase news and more, be sure to check back in here with ScoopHash. Posted by ThomasM - June 29, 2020 0
Justice For the Justice League Well that’s one actor who truly doesn’t care for the handling of Justice League. Cyborg’s… Posted by Shane Black - July 10, 2020 0
The search for actress, Naya Rivera, has entered its third day as authorities have begun to search the bottom of… Stuck at Home? Build a PC!

Posted by ThomasM - March 26, 2020 0
Maybe you’ve always wanted to be in on the masterrace of gaming, or you just thought it looked neat to… The Flash Movie May Have a Batman Cameo… From Micheal Keaton?!

Posted by ThomasM - June 22, 2020 0
Hey, I guess the Multiverse is pretty big. The Flash Movie got a few unexpected updates this month. Ezra Miller… Posted by ThomasM - May 13, 2020 0
Gaming is certainly having a pretty big month in terms of reveals and teases. Now, we have a new update…