Derek Chauvin, one of the four cops who took George Floyd into custody that ultimately led to his death, has been arrested and charged with third-degree murder and manslaughter.

George Floyd was arrested for alleged fraud, and a video of the incident shows the officers holding Floyd, face down, in the street, and Chauvin pressing his knee into Floyd’s neck. In the video, you can hear Floyd clearly saying that he couldn’t breathe and asking for Chauvin to get off his neck, which Chauvin did not.

Floyd was later pronounced dead and outrage ensued, as the video and news went viral. Calls for Chauvin – as well as fellow officers, Thomas Lane, Tou Thao and J. Alexander Kueng – to be charged promptly followed. The four officers have all been fired from the police department.

According to a criminal complaint of the incident, Lane drew his gun on Floyd early on in the situation. The complaint says that as Lane began to speak with Floyd, he pulled his gun out and pointed it at Floyd’s open window, telling him to show his hands.

When Floyd was on the ground and struggling to breathe, the cops told him: “You’re talking fine.” Floyd continued to beg for air, and his mother, and the complaint says that Lane asked if they should turn him on his side, to which Chauvin told him no.

The complaint says that Chauvin had his knee on Floyd’s neck for nearly nine minutes, with three of those minutes being after Floyd became “non-responsive.” 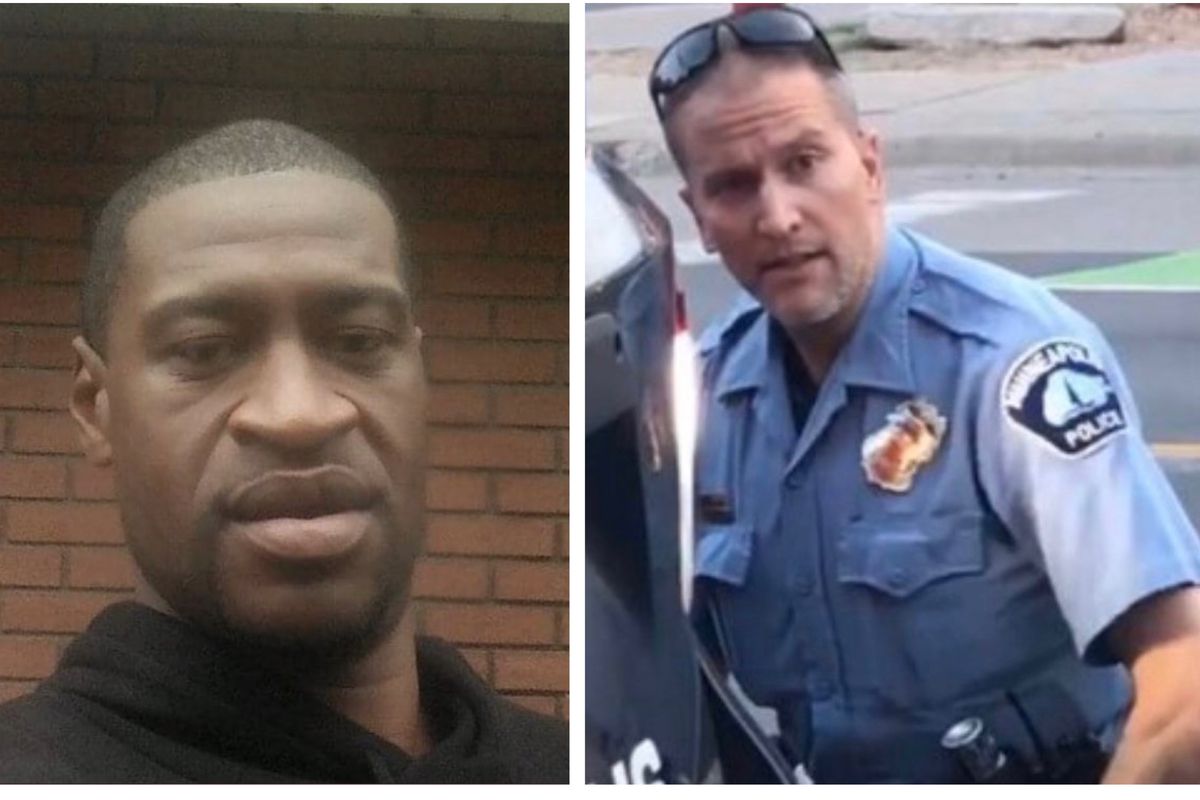 Chauvin is the only officer to be charged so far.

Minneapolis Mayor, Jacob Frey, expressed his feelings on the matter in a news conference on Wednesday:

The Fraternal Order of Police also issued a statement, condemning what happened:

“Based on the by-stander’s video from this incident, we witnessed a man in distress pleading for help. The fact that he was a suspect in custody is immaterial — police officers should at all times render aid to those who need it. Police officers need to treat all of our citizens with respect and understanding and should be held to the very highest standards for their conduct.”

Protests began to break out in the city this week, and quickly escalated at some protestors turned violent. They raided and set fire to retail stores and a construction site. On Thursday, protestors set fire to a Minneapolis police building.

Just this morning, Omar Jimenez, a Black correspondent for CNN who was reporting on the ground, and his crew were arrested by police, on air, even with Jimenez being clearly heard asking where they would like him to go and being cooperative.

President Trump, added fuel to the fire, by calling for violence in his tweet that read:

“These THUGS are dishonoring the memory of George Floyd, and I won’t let that happen,” Trump tweeted. “Just spoke to Governor Tim Walz and told him that the Military is with him all the way. Any difficulty and we will assume control but, when the looting starts, the shooting starts. Thank you!”

The phrase “when the looting starts, the shooting starts” was a phrase used by a racist, Miami police chief who fought against civil rights protestors in the 1960’s.

While this arrest is justice, it is easy to see that this situation is far from over. People are angry, and justifiably so. And when we have the leader of the country tweeting out phrases used by a racist and threatening his own citizens with violence, that only makes it worse. Posted by ThomasM - January 24, 2020 0
The Sept. 20 protest had thousands of Amazon employees walking out while criticizing the company’s climate policies and practices. In… See the Moon, Mars, Jupiter, and Saturn in the Sky, Together, for the Last Time Until 2022 Posted by Shane Black - June 16, 2020 0
Warner Bros., reportedly, wanted to delay Tenet even further than the two weeks it was pushed back, eventually siding with…

ScoopHash17 hours ago
Joss Whedon's history keeps coming back to bite him as more allegations come out from his crew on Buffy: The Vampire Slayer.