The NBA Playoffs Are Coming Back

The NBA and the NBPA have released a joint statement to announce that the NBA playoffs are going to resume play tomorrow, and that the league and players will work together on creating several initiatives to promote things like voting access, combat social injustice and racial inequality, and police reform.

The Commissioner Stands with the Players

“These commitments follow months of close collaboration around designing a safe and healthy environment to restart the NBA season, providing a platform to promote social justice, as well as creating an NBA Foundation focused on economic empowerment in the Black community. We look forward to the resumption of the playoffs and continuing to work together — in Orlando and in all NBA team markets — to push for meaningful and sustainable change.”

Many Changes Are Coming

One of the immediate things that is being done is the creation of a social justice coalition, which will have representation from players, coaches, and governors. The coalition will cover a lot of various issues like increased voting access, promoting civic engagement and advocating for “meaningful police and criminal justice reform.”

In every city where an NBA franchise owns and controls its arena, team owners will work to turn the arenas into voting locations, giving constituents a place they can vote during the pandemic. If that’s not possible, there will be a an effort to utilize those facilities in different ways, such as a site to register for voting and receive ballots.

Several NBA teams have already announced the conversion of their arenas to be used as voting centers.

The NBA will also work with players and broadcast partners to create advertising to run during every NBA playoff game, which will promote greater civic engagement in elections and to also promote voting awareness.

It All Started This Week

This statement comes two days after the Milwaukee Bucks chose not to play in their game on Wednesday against the Orlando Magic, in response to the shooting of Jacob Blake in Kenosha, Wisconsin. 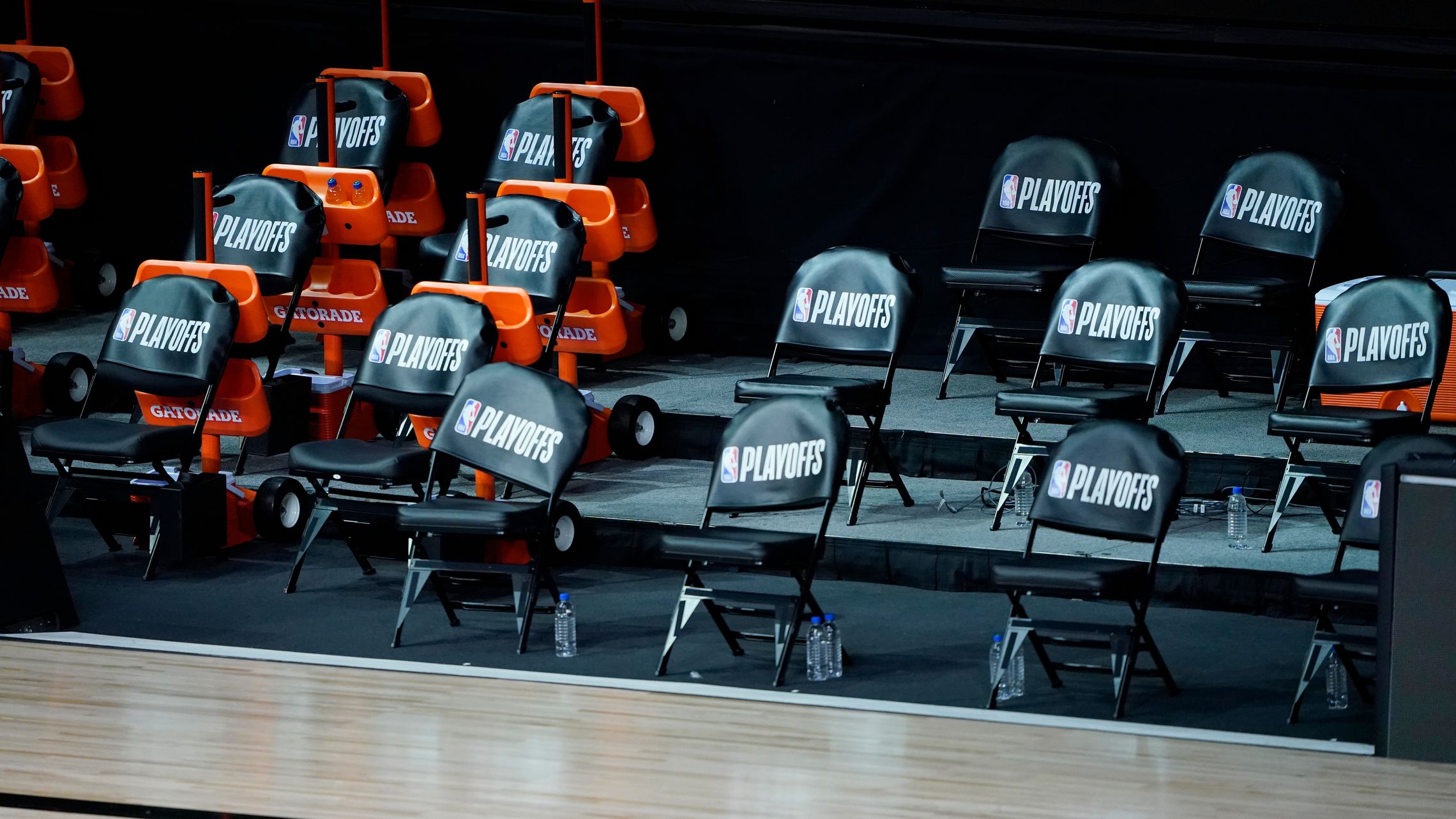 This decision ignited to a fire within the sports world, as not only did the remaining teams in the bubble follow suit, but other leagues chose to not play as well, including the NHL, WNBA, MLS, and MLB.

Multiple meetings were held to discuss whether or not the players felt like continuing the playoffs was the right thing to do, or if they should walk away to let these social issues take the spotlight. One such meeting was done with Michael Jordan, chairman of the NBA’s labor relations committee. Once they decided they wanted to keep playing, they began to discuss what that would look like and when.

A Plan Was Formed

Well now we have a plan. Teams will return to practice today, though many of them have cancelled media availability after practice.

The expectation for the resumption of play is that those games that were first postponed on Wednesday – Bucks vs. Magic, Rockets, vs. Thunder, Lakers vs. Trailblazers – will be played on Saturday. The games meant for Thursday – Jazz vs. Nuggets, Raptors vs. Celtics, Clippers vs. Mavericks – will be played on Sunday. From there, they will just follow suit and play as normal.

It’s been a historic week in sports and one that we will not soon forget.

For all of your NBA news and more, be sure to check back in here with ScoopHash. Posted by Shane Black - May 14, 2020 0
The President may be upping his moves against China. Posted by ThomasM - May 6, 2020 0
Popular gym and hangout spot Gold’s Gym has officially disclosed a bankruptcy plan. Sad news for all people associated with… Posted by ThomasM - June 5, 2020 0
Australia Strikes Again Sony has been at the heart of a policy dispute for the last couple of weeks. Understandably,… Posted by Shane Black - March 10, 2020 4
The conference has cancelled its tournament this weekend over coronavirus concerns. Posted by Shane Black - June 13, 2020 0
Fox News has been caught using a photoshopped image to show Seattle protests as more violent than they actually are,…