SpaceX and NASA made history today with the successful launch of the first Crew Dragon ferry ship that is sending two astronauts to the International Space Station (ISS).

This marks the first purely private sector launch in space history and is also the first launch of a crew from U.S. soil after the space shuttle program ended almost nine years ago.

The historic mission is the first orbital flight of new piloted spacecraft in 39 years, and marks the culmination of a multi-billion dollar drive by NASA to end their reliance on Russian Soyuz spacecraft for transporting astronauts to and from the ISS. With the ability to launch government-financed, privately-owned ferry ships, NASA can now expand the station’s crew to seven, includin four full-time NASA and agency-partnered astronauts. This will maximize the research that can be done aboard the $100 billion complex.

If no major issues with the launch are found, the Crew Dragon ship can be certified for operational space station crew rotation missions, clearing the way for a three-man one-woman crew this fall.

Longer term, NASA expects the Commercial Crew Program, under which SpaceX and, eventually, Boeing, will launch private citizens as well as professional astronauts, to open the door for private sector development, including privately-operated space stations. 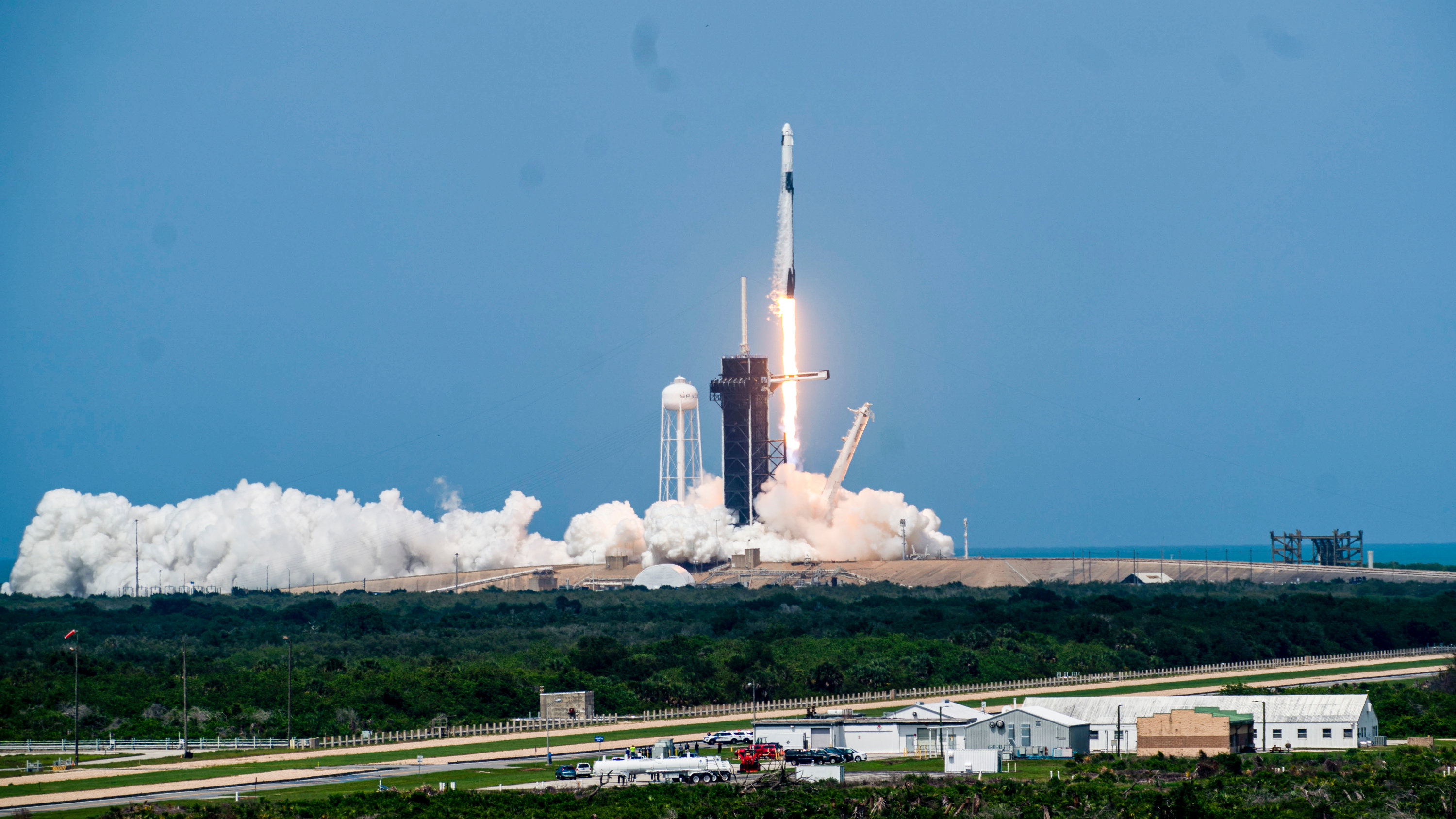 That’s the big picture, but it all started with today’s launch.

In the rocket were commander, Douglas Hurley, pilot of the final shuttle mission in 2011, and his friend and veteran astronaut, Robert Behnken. This will be the third trip to the orbiting station for both men.

Donned in the futuristic-looking SpaceX suits, the two astronauts were strapped into capsule a few hours before launch where they awaited the go-ahead for launch.

The original launch date of Wednesday has to be postponed due to weather, with a large storm moving into the area that day. Early on, it looked like another storm could cause further delays, but it cleared up enough for the cautious mission managers to give them the green light.

SpaceX founder, Elon Musk, expressed his excitement over the launch in an interview with CBS News:

“This is the culmination of a dream. If you asked me when starting SpaceX if this would happen, I’d be like, 1 percent, .1 percent chance. It’s an absurd thing to even consider. I’m extremely appreciative of NASA for supporting us from actually quite an early stage and taking a chance on a little company that didn’t really have that much of a chance. But you know, it worked out.”

Hurley and Behnken are expected to stay aboard the station for at least six weeks and even as long as four months, helping with research and possibly a few spacewalks to install new solar batteries and install a European experiment platform. The mission duration is up to NASA managers, who are holding off on making a decision so they can see how the Crew Dragon capsule’s solar cells hold up in space.

The landing date will also depend on the weather off the coast of Florida, where the two men will touch down.

The next Crew Dragon flight is currently scheduled for the end of August.

The current pandemic, as well as the recent riots and protests, have certainly put a dark cloud over things in the U.S. recently, but the launch served to help brighten things just a little bit. While it does not, in any way, overshadow or negate the emotions and trouble many of us are going through right now, it is still something to give us a feeling of hope, in some way or another.

For all your space-exploring news and more, be sure to check back in here with ScoopHash.